back to top
Tullaroop Catchment

Birch's Creek is a tributary of Tullaroop Creek, in the upper Loddon catchment near Creswick. There are two main storages in the system—Newlyn Reservoir and Hepburn Lagoon—which regulate streamflows for urban and irrigation supply. Environmental water is held in and delivered from Newlyn Reservoir.

Our environmental water program  targets reach three because it contains the vulnerable river blackfish population, and most irrigation supply is diverted before reaching this most downstream reach. Platypuses are also common in the creek.

In Birch's Creek these environmental flows are complemented by unregulated flows, consumptive water, and groundwater. Blackfish habitat reinstatement works have taken place in the lower part of Birch's Creek, and in future a concerted effort will be made to remove willows in upstream reaches. 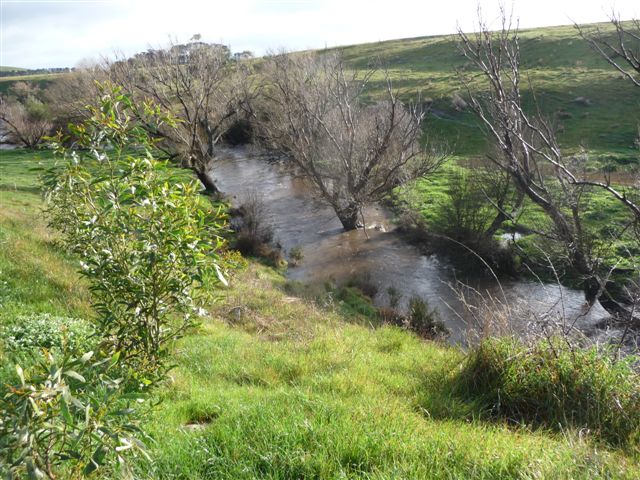 No water for the environment was used in Birch’s Creek during 2017-18. Flooding during spring flushed the system and replenished aquifers in the area. As a result, flows during summer were maintained mainly by groundwater intrusion into the system.

BIRCH'S CREEK AT A GLANCE

Water for the environment objectives:

Water for the environment outcomes: