Priority asset to be protected

Avoca River Reach 7 (Avoca to Archdale Junction) is a priority river reach for protection and enhancement due to its in stream habitat and relatively intact riparian zone. The Avoca River also connects to the nationally and internationally significant Avoca Marshes and Kerang Lakes. Reach 7 currently experiences high rates of erosion and sediment movement, and a large portion is not fenced to control stock access; exacerbating bank erosion and degrading riparian vegetation.

The project is focusing on measuring and demonstrating on-farm practices and technologies that improve crop utilisation of nitrogen derived from both soil and fertiliser sources.

about Action on the Ground

Dryland salinity has long been recognised as one of the main threats to natural resources condition, water quality and agricultural production in the North Central region of Victoria.

about Salinity across the catchment

The Regional Sustainable Agriculture project has been developed to address  land-use issues associated with climate variability in the Loddon Campaspe Irrigation Region. The primary focus of the project is to provide information on the productive farming options that use less or no irrigation water, whilst also increasing soil carbon and reducing erosion. Funded through the Australian Government's Caring for our Country initiative, the project will continue until June 2015.

about Farming for Australian Conditions

Each year the Waterwatch Victoria hosts Saltwatch Week. Community and schools from all over Victoria can learn about the effects of salinity on waterways in their local catchment by collecting local water samples and testing with a salinity metre to determine salt content.

This project aims to empower landholders within the project area to protect and enhance Box-Gum Grassy Woodland remnants on private land. 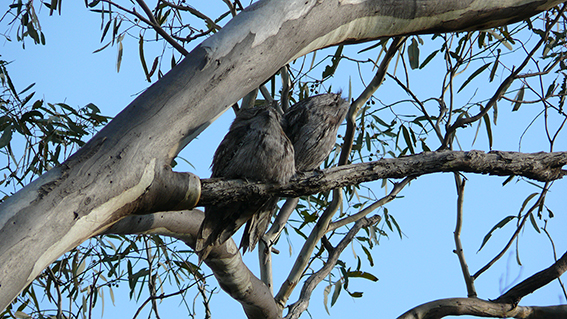 The Northern Eco-Connections project (2014-2019) supports landholders to improve and protect native vegetation on private land, focusing on improving connections and linkages across the diverse landscapes of northern Victoria.

Great for farmers, great for nature

Our region is packed with an abundance of diverse natural attractions, from forested national parks to waterfalls, gorges, slow meandering waterways and wetlands of international significance. Our backyard is home to a teeming assortment of flora and fauna, some of which are found no where else.

When using dip nets to sample macroinvertebrates a fish or two are often discovered in the sample.

The upper Loddon and upper Campaspe catchments are recognised as containing some of the healthiest rivers and creeks in the north central Victoria region. The catchments support intact and native riparian vegetation, deliver good quality water to downstream users, provide important habitat for aquatic and terrestrial species and are the focus of community interest in river management. The proliferation of high threat weeds, such as blackberry, gorse and willows, along with the impact livestock can have in agricultural areas, threaten the health of these precious waterways.

Platypus and Water Rats are two of the more iconic native species that live in our local waterways.

The North Central CMA is currently implementing a significant program of onground works and investigations to assist the community to recover and protect our environmental assets following the most significant flooding in January 2011 this region has experienced for over a century.

Funding from both the Victorian and Australian governments will lead to the North Central CMA directly dealing with over 500 landholders and many township communities throughout the region in 2012 and 2013.

Priority asset to be protected: A range of Goldfields Bioregion threatened flora and fauna species

There's a lot going on in the Waterwatch space. Here's a snapshot to help you keep up with it all.

The 'Protecting and Enhancing Priority Wetlands of the North Central CMA Region' project focuses on maintaining and improving the ecological condition of a number of priority wetlands within the region.

about Protecting and Enhancing Priority Wetlands

Grassy woodlands were once widespread through the Edgecombe, Greenhill, Langley, Pastoria, Pipers Creek and Sidonia districts north of Kyneton. However, they are now considered at high risk of extinction as remnants are reduced to isolated, small patches in decline.

Applications for Round Two of the Drought Employment Program across the North Central Catchment Management Authority have now closed.

The Remnant Grassy Ecosystems project aims to support landowners to protect native vegetation and improve habitat condition on their property.

Saving the most vulnerable