Taking care of the Coliban River

Taking care of the Coliban River 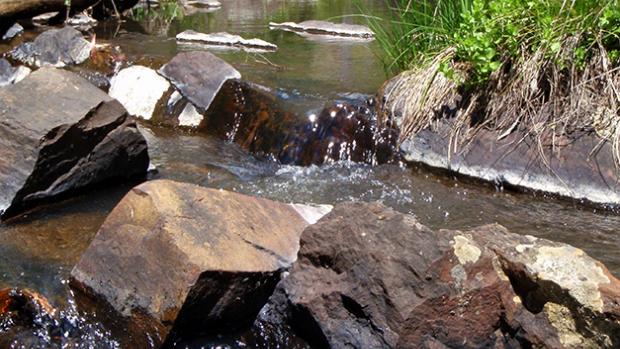 The long-term protection of one of the region’s most important waterways is at the centre of an innovative 20-year plan bringing together government agencies, councils and local communities.

A Healthy Coliban Catchment focuses on the health of the Coliban River and its tributaries upstream of Malmsbury Reservoir.

For the first time, Coliban Water, the North Central Catchment Management Authority (CMA) and Dja Dja Wurrung Clans Aboriginal Corporation have joined forces to create a plan aimed at protecting water quality, the fauna and flora, and cultural history of the area.

“This area is home to significant numbers of threatened plants and animals and is a key social, cultural and economic asset for the region,” Project Manager Nick Layne said.

“It supplies the raw drinking water for more than 130,000 people, including the towns of Bendigo, Trentham, Tylden, Kyneton and Castlemaine, and is a source of water for the region’s rural customers.

“And the waterways are spiritually and culturally significant to the Dja Dja Wurrung people, as a source of tools, native plants, medicines and food.”

However, Mr Layne said without a long-term vision and action plan, the health of the catchment is under threat.

“Existing and future development pressures, climate change and uncontrolled livestock potentially threaten the health of the upper Coliban catchment and its water security,” he said.

“This project is a plan to protect the waterways and their long-term water supply, while boosting habitat connectivity and building cultural and lifestyle value across the region.

“We will work with local councils, landholders and communities on a range of on-ground actions, and planning and compliance strategies, to protect future water supplies and the environmental and cultural values that make the area so valued and sought-after.”

A community reference group is being set up to help drive the project, and Mr Layne said 750 landholders with properties of two hectares or more had been sent a confidential survey asking for their input.

“We have asked them to tell us a bit about their properties and their enterprises, and what their long-term plans and priority issues are, so we can work with them as the project progresses,” Mr Layne said.

“It would be great if all the surveys could be returned by the end of October.

“This is one of the most robust and integrated approaches to catchment management undertaken to date in Victoria, with both Coliban Water and the CMA committing more than $5 million each over the next two decades.”