The release of 800 captive-bred southern pygmy perch into four local wetlands is the result of strong collaboration between the North Central Catchment Management Authority (CMA) and the City of Greater Bendigo.

A further 800 fish will be released in March into the same wetlands located in the Bendigo Creek and Axe Creek catchments, followed by a release into two Gunbower forest wetlands later in the year.

Southern pygmy perch were once common in the wetlands and slow flowing creeks of the southern Murray Darling Basin. They are now Endangered in New South Wales and South Australia and their numbers are rapidly declining in Victoria.

Southern pygmy perch was last recorded in Gunbower forest in 1997, and it’s thought that the species has been locally extinct from the Bendigo Creek since the 1860s gold rush.

“Since the 1970s, introduced fish such as redfin, trout and carp, as well as habitat destruction, altered flows, disconnection of floodplain wetlands, and more recently the Millennium Drought, have contributed to their decline,” said Peter Rose, North Central CMA Project Officer.

In 2017 the North Central CMA received funding from the Department of Environment, Land, Water and Planning’s Biodiversity On-ground Action program which enabled it to map the distribution of southern pygmy perch and identify suitable source populations for future translocation to surrogate habitats.

“We have collected fish from the remaining populations and set up a captive breeding program with a specialist southern pygmy perch breeder. The fish are now ready for re-stocking into rehabilitated habitats.”

“We’ll be undertaking monitoring over the next year to determine if the fish released into the Bendigo and Gunbower wetlands are breeding, said Mr Rose.” 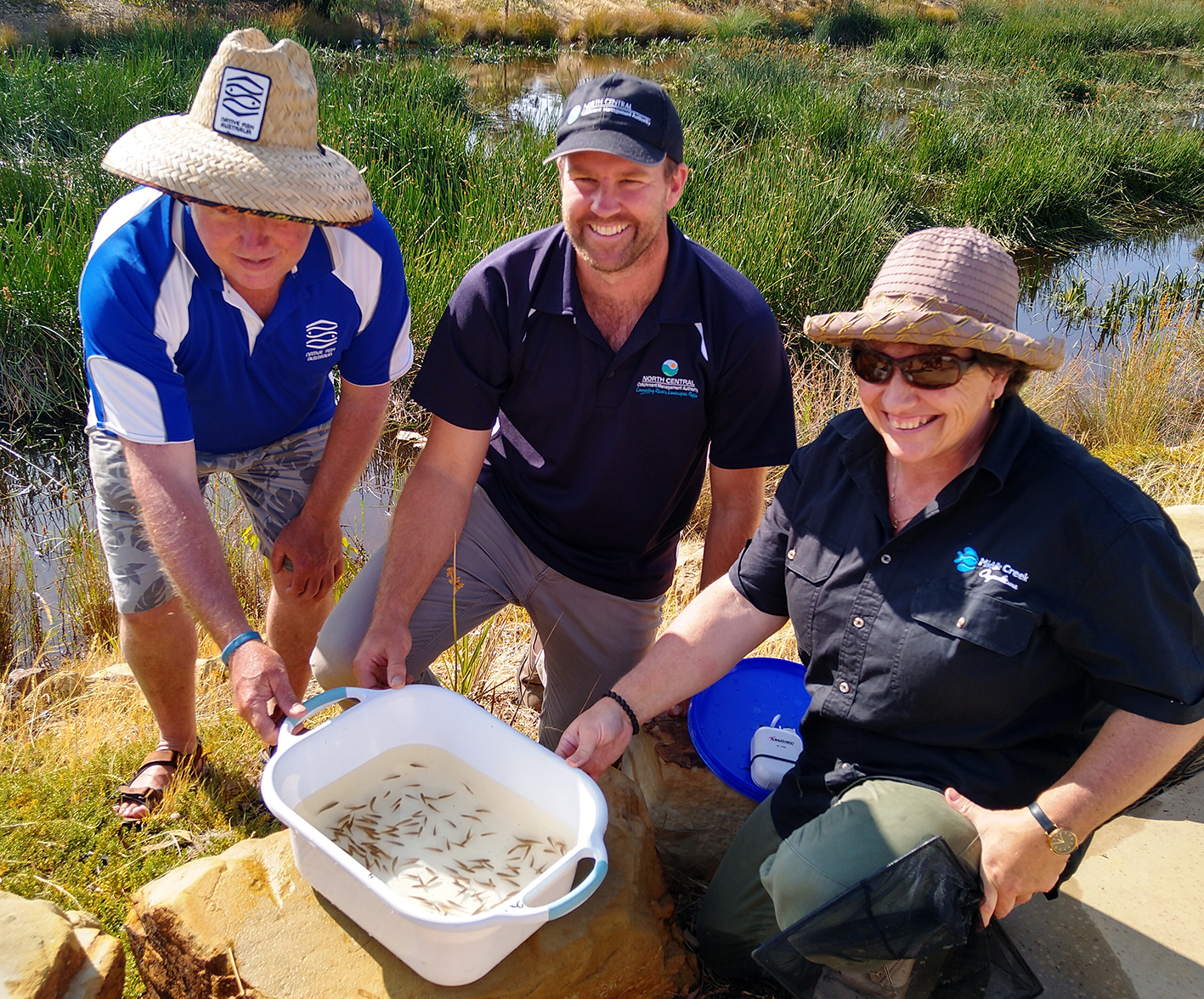 The North Central CMA, in partnership with the City of Greater Bendigo, Native Fish Australia and the Australia New Guinea Fishes Association is working to genetically rescue the southern pygmy perch and help it thrive again.

City of Greater Bendigo Natural Reserves Team Leader Mark Toohey said: “For the past five years, the City has been preparing for this release by constructing small ponds in the Bendigo Creek catchment that are suitable for small-bodied native fish like the southern pygmy perch. These works have improved storm water flows, created better fish habitat and are pleasant to see.

“This project has been a terrific collaboration between all of the groups involved and today’s release is a great outcome for improving biodiversity in Bendigo’s waterways. “As far as I know we are the first local government in Victoria to do something like this and I hope other councils follow our lead.”